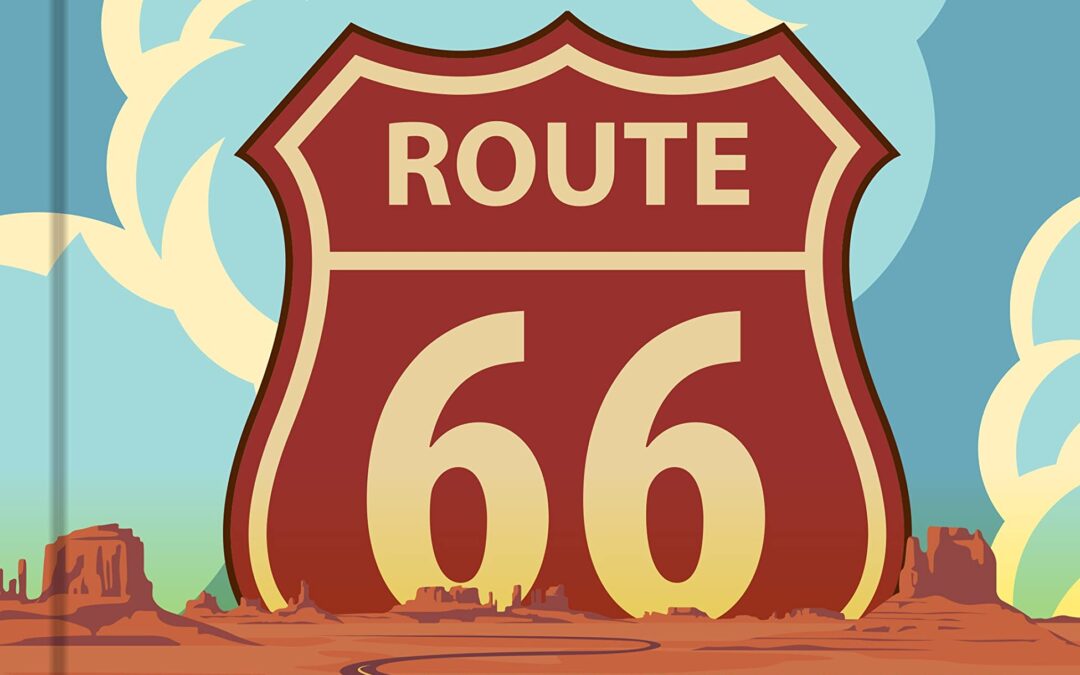 Here We Are . . . on Route 66 explores and celebrates iconic landmarks and cultural touchstones associated with America’s most famous highway—and guides you to some lesser-known gems just off the beaten path.

Spanning nearly 2,500 miles and eight states—Illinois, Missouri, Kansas, Oklahoma, Texas, New Mexico, Arizona, and California—America’s Main Street has given rise to a colorful assortment of roadhouses, motels, greasy spoons, roadside amusements, and breathtaking natural scenery. Acclaimed Route 66 historian Jim Hinckley is your guide to a carefully curated selection of these sites, ranging from the iconic to the revelatory.

Arranged by classic Route 66 topics, each spread gives you a different 66 site or attraction, along with a concise and authoritative history illustrated with colorful photography, evocative historical imagery, and collectibles like postcards, ads, and more. Topics of organization include:

Hinckley is perhaps the most internationally recognized authority on the subject of America’s Main Street. This collection offers you the stories behind Route 66 icons such as Baxter Springs and Tucumcari, Meramec Caverns, Arroyo Seco Byway, Berghoff’s and the Oatman Hotel, Munger Moss and Wigwam Motel—and dozens more. Hinckley also treats you to a fresh look at lesser known but deserving attractions too.

At nearly a century old, Route 66 remains the embodiment of the classic American highway. Written by an acknowledged authority on the subject, wonderfully illustrated, and presented in a manner that allows you to dip in and out, Here We Are . . . on Route 66 is a must-have for your Route 66 bookshelf. 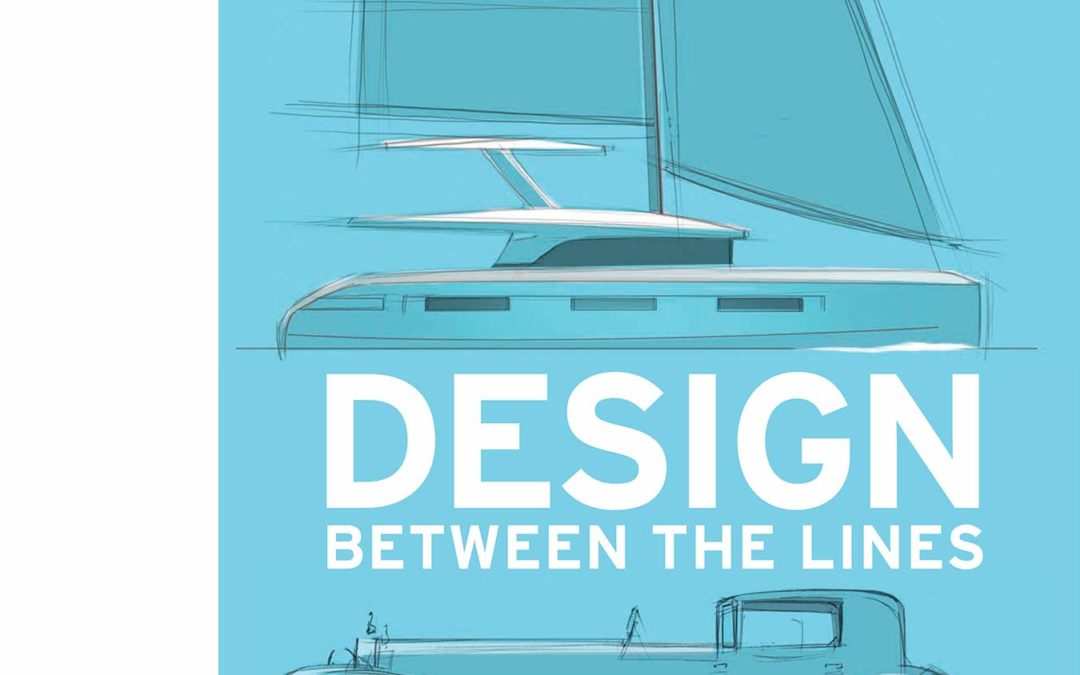 Design Between the Lines

The car industry and the way in which cars are created have changed beyond all recognition over the last half-century. Automotive styling was once the grudging afterthought when the engineers had finished their work. Now, following a short flirtation with exotic Italian design houses, it has evolved into sophisticated design carried out by multitalented in-house teams honing carefully crafted brand identities.

One of the visionary designers at the forefront of that revolution has been Patrick le Quément. Most widely acclaimed for his 22 years in charge of Renault Design, resulting in such standout models as the Twingo, Scénic and Avantime, le Quément has enjoyed a 50-year career that has also taken in Simca, Ford and Volkswagen-Audi. In his foreword to the book, Stephen Bayley calls le Quément ‘perhaps the very most original designer working in the conservative car business at the turn of the millennium’. Some 60 million cars across the world now bear the unmistakable stamp of le Quément.

Design: Between the Lines is not a straightforward autobiography; rather, le Quément charts his journey through five decades of thoughts, actions, failures and successes. He offers fascinating commentaries on design and the creative process, and on some of the extraordinary automotive brands that make up our shared cultural heritage. As Bayley notes, for le Quément, design is ‘as much a matter of thinking as a matter of drawing’. On a broader, more philosophical level, le Quément also shares his views about life in general and that remarkable contraption called ‘the automobile’, which has so influenced the lives of millions of people the world over from the late 1800s to the present day.

Presented as a series of 50 brief essays or ‘perspectives’, le Quément’s thoughtful and astute observations from the street, from the design studio and from his seat in the boardroom give the reader a penetrating and often amusing insight into the high-level workings of a global industry, its triumphs and tragedies, and the foibles of the decision-makers responsible for running it. A lively complementary text by the automotive journalist Stéphane Geffray accompanies each of le Quément’s perspectives, and illustrations are provided by the automobile designer Gernot Bracht. Design: Between the Lines will appeal to all motoring fans and enthusiasts of good design. As Chris Bangle, the former Director of BMW Design, remarks: ‘Few car designers have had a career so filled with innovative successes that they have inspired a whole industry; fewer still have the skills to share it. Engaging and revealing, Patrick relates his personal experience and deep knowledge of car design in a very enjoyable manner.’ 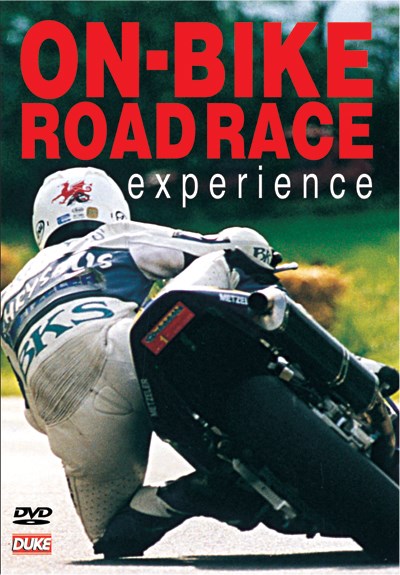 Ohe hottest compilation of on-bike road racing footage ever seen! Experience the thrill of riding with the world’s best racers in this dizzying full-on, action blast collection of the best on-bike footage ever recorded. Trees, hedges, houses and stone walls flash past at astonishing speeds. These guys don’t flinch. You will!

Get your leathers and racing helmet on for complete laps of:

This is the ultimate road racing experience – it’ll blow you away!