A Quiet Greatness, Japan’s Most Astonishing Automobiles for the Collector and Enthusiast

A Quiet Greatness, Japan’s Most Astonishing Automobiles for the Collector and Enthusiast, is the most in-depth, authoritative guide to collectible Japanese cars ever created. This four-volume set (plus supplement and index) includes sports cars, touring cars, and Japanese cars in motorsports. Beautifully designed and written for car collectors and enthusiasts alike, A Quiet Greatness is resplendent with stunning photography, and rich with technical details, original charts, and diagrams.

Six years in the making, A Quiet Greatness was created by Mark R. Brinker and Myron T. Vernis, and designed by Richard M. Baron, former Art and Design Director of Road & Track magazine for 32 years.

Produced by a high-quality printer of art books, A Quiet Greatness was created as an encyclopedic showpiece to be kept and enjoyed for years. The set weighs 35 lbs. and arrives in a slipcase with spot varnish and custom-cropped top corners to always keep the book-set beautifully organized and easy to access.

Each book has a thick, laminated hard cover, designed for durability and years of enjoyment. One of the first artistic details you’ll see is the edge of every page is painted with a pop of bright red – reminiscent of a Japanese Hanko. Printed on 100 lb. art paper, the full-color pages also have the added touch of a spot-gloss varnish over each image to enhance the aesthetic. All information on the cars is organized alphabetically and chronologically by marque.

Inside, you’ll find cars you know and love, but there are also many that will be a delight to discover. Both Japanese Domestic Market (JDM) cars and those exported to other markets are covered in great detail. And, like the authors, you may just find yourself enticed to add a car or two to your collection. Packed with historic details, the authors go deep into the stories collectors and enthusiasts crave.

FROM THE AUTHORS: “The Japanese auto industry has a 60-year history of incredible success in the United States, and it is surprising that no one has created a serious and beautiful book on the subject…until now. Through A Quiet Greatness, we hope to shine a light on the most interesting and truly special cars from Japan, highlight this nation’s great automotive accomplishments, and legitimize their place in the collector car universe. Many of the greatest cars from Japan never made it to the U.S. and have been largely unknown throughout most of the world. Our aim with A Quiet Greatness was to create a reference work for those interested in discovering the vast and magical landscape of Japanese automobiles.” – Authors Mark R. Brinker and Myron T. Vernis 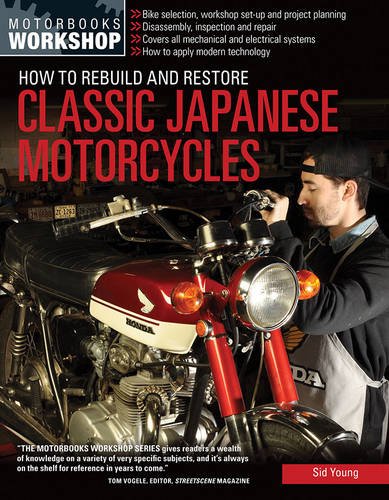 How to Rebuild and Restore Classic Japanese Motorcycles

Everything you need to know to restore or customize your classic Japanese motorcycle.

Whether you want to correctly restore a classic Japanese motorcycle or create a modified, custom build, you need the right information about how to perform the mechanical and cosmetic tasks required to get an old, frequently neglected, and often long-unridden machine back in working order. How to Rebuild and Restore Classic Japanese Motorcycles is your thorough, hands-on manual, covering all the mechanical subsystems that make up a motorcycle. From finding a bike to planning your project to dealing with each mechanical system, How to Rebuild and Restore Classic Japanese Motorcycles includes everything you need to know to get your classic back on the road.

This is the perfect book for anyone interested in classic Japanese motorcycles, as well as prepping a bike to build a cafe racer, street tracker, or other custom build. 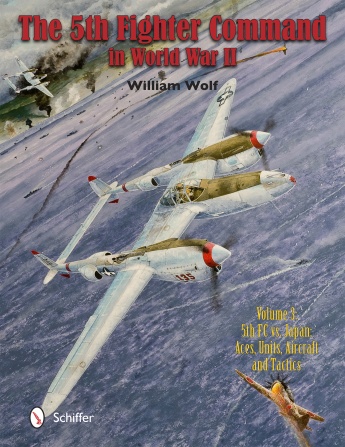 Following his first two massive volumes describing the day-by-day history of the 5th Fighter Command and associated tactical, strategic, and grand strategy, William Wolf completes the trilogy with this volume. The aces of the 5FC are now personalized, and their fighters described, and Japanese aces are portrayed for the first time. American and Japanese pilot training and their importance to the outcome of the war is discussed and compared. Details of the 5FC Groups and Squadrons are revealed, as are those of the Japanese Naval and Army Air Forces. The details of the aircraft of the two combatants are compared, and the vulnerability of Japanese aircraft is discussed. The flying of the six aircraft types of the 5th Fighter Command is first described from Pilot Flight Manuals, then by the aces who flew them. Japanese and American combat maneuvers and tactics are described. The crucial importance of logistics and the construction of airfields are also discussed, along with maintenance and repair. Finally, the air war is presented from the Japanese viewpoint, including the causes for the defeat of its air forces. 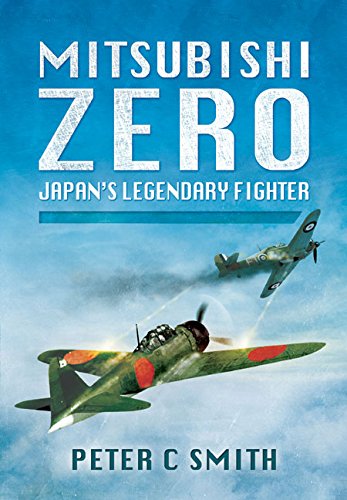 The Mitsubishi Zero is one of the great legendary fighter aircraft ever to have graced the skies. Symbolic of the might of Imperial Japan, she represented a peak of developmental prowess in the field of aviation during the early years of the Second World War. Engineered with maneuverability in mind, this lightweight, stripped-back aircraft had a performance that left her opponents totally outclassed. The dogfights she engaged in with the Chinese, British, Dutch and American warplanes in the 1941-42 period are the stuff of aviation legend. The Zero fighter had four major assets – agility, long-range, experienced and war-blooded pilots and, most importantly of all, a total inability of the Allies, particularly in the Pacific Theater of operations, to believe that Japan could produce such a machine. Despite a whole series of eyewitness reports from China, where she had swept the skies clean of all opposition, western minds were closed, and remained so until the brutal facts imposed themselves on their biased mindsets. All aircraft designs are a compromise of course, and the Zero had faults as well as strengths, two of which were to finally doom her; one was her lack of armor protection and the other was the inability of the Japanese to match the overwhelming production strength and innovation of Allied aircraft construction. Even so, she remained a potent threat until the end of the war, not least in her final role, that of a Kamikaze aircraft, in which she created as much havoc on the sea as she had done earlier in the air.

Peter C. Smith takes the reader on a journey from inspired inception to the blazing termination of this unique aircraft, the first Naval fighter to be superior to land-based aircraft. It describes in detail the many victories that punctuated the early days of its operational career as well as the desperate dying days of the Second World War which witnessed her final demise. Smith also lists the preserved Zero aircraft on display today. This is a fast-paced and fascinating history of a fighter aircraft like no other. 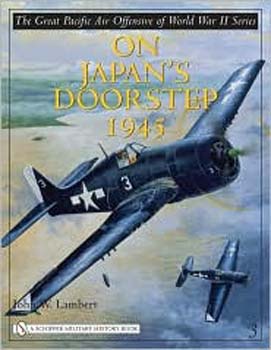 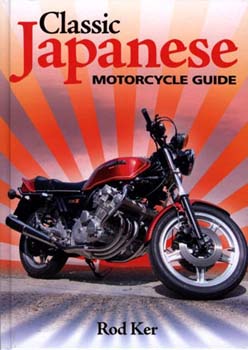 This is the definitive guide to identifying, buying and riding Japanese bikes from the 1960s to the early 1990s, concentrating on mainstream, affordable models from the big four: Honda, Kawasaki, Suzuki and Yamaha. Fully illustrated in color throughout, the book provides a brief history of the Japanese motorcycle industry, its post-war rise and displacement of traditional British, European and American marques. Specific bikes are then grouped and discussed in detail, providing an essential reference for buyers and enthusiasts alike. 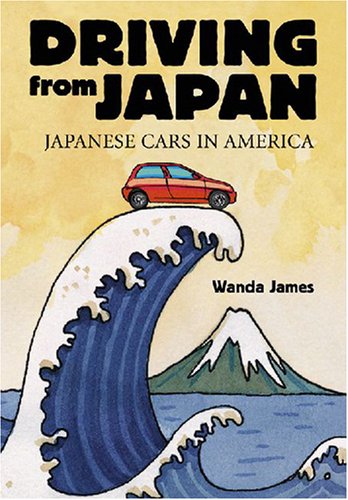 This study chronicles the success of the Japanese car in America. Starting with Japan’s first gasoline-powered car, the Takuri, it examines early Japanese inventors and automotive conditions in Japan; the arrival of Japanese cars in California in the late 1950s; consumer and media reactions to Japanese manufacturers; what obstacles they faced; initial sales; and how the cars gained popularity through shrewd marketing. Toyota, Honda, Datsun (Nissan), Mazda, Subaru, Isuzu, and Mitsubishi are profiled individually from their origins through the present. An examination follows of the forced cooperation between American and Japanese manufacturers, the present state of the industry in America, and the possible future of this union, most importantly in the race for a more environmentally-sound vehicle. 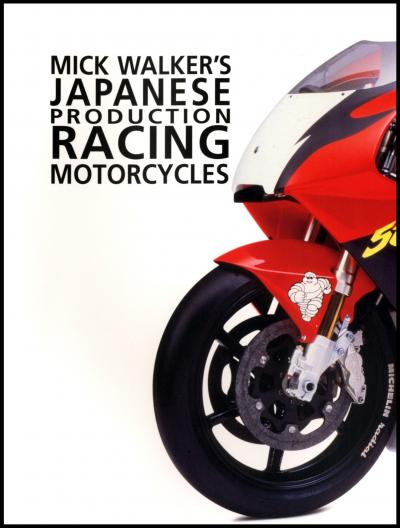 As this book explains, the Japanese did not suddenly become proficient in the design & development of motorcycles when they first appeared in Europe at the end of the 1950s. Instead, the Japanese had been involved with motorcycles since the beginning of the 20th century. True, early Japanese motorcycles copied Western design – a trend that continued for several years after WWII. But soon they designed a succession of highly innovative machinery, not only to the Grand Prix world’s benefit but to the paying ‘over-the-counter’ customer, too. Honda, Kawasaki, Suzuki, & Yamaha, plus Bridgestone and Tohatsu, have all built & sold racing motorcycles which the public could also buy & enjoy.